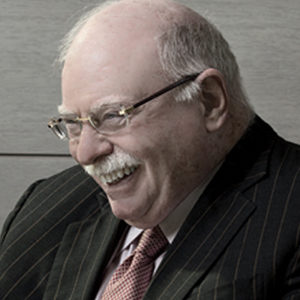 Michael Steinhardt is a legendary money manager turned philanthropist who is dedicated to creating a renaissance in American Jewish life. Read more about Michael here.

Sara Bloom is the Vice Chair of the Board of The Steinhardt Foundation for Jewish Life. She is also the Chair of the Board of Directors of Hebrew Public and the Vice Chair of the Board of Trustees of Harlem Hebrew Language Academy Charter School. She was also the founding Chair of the Board of of Trustees of Hebrew Language Academy Charter School in Brooklyn. From 2004 to 2008, she was a weekly columnist for The New York Sun focusing on raising children in New York City. She has been a regular guest on CBS Morning News and FOX News, as well as a frequent guest lecturer at local schools and community centers throughout the city. Before this, she was the Features Editor and then the News Editor at the Forward, America’s national Jewish newspaper. From 2002 to 2005, Mrs. Bloom chaired the board of one of the eight centers of the 92nd Street Y, the Makor/Steinhardt Center. She also currently serves on the Boards of the Areivim Philanthropic Group, OneTable: Shabbat Together. She graduated magna cum laude from Columbia University, where she studied history.

David Steinhardt serves as a Director on the Board of The Steinhardt Foundation for Jewish Life. He is also Co-Founder and Chair of the Board of Natan, a giving circle that inspires young philanthropists to engage actively in Jewish giving by funding innovative projects that shape the Jewish future. A 20-year veteran of the investment management industry, he is also Managing Partner and Portfolio Manager at Wooster Capital Management LP and a Co-Founder and Managing Member of Clarity Capital KCPS Ltd. He has been Director of mBank and an Independent Director of Mackinac Financial Corporation since 2012. He earned his Bachelor’s Degree from the University of Pennsylvania.

Rabbi David Gedzelman is President & CEO of The Steinhardt Foundation for Jewish Life, which is dedicated to revitalizing Jewish identity through educational and cultural initiatives as well as to advocating for and supporting Hebrew and Jewish literacy among the general population. David has been actively involved in the Foundation’s programs since 1995, when he was recruited to conceive and develop Makor in New York City. As the Founding Creative and Rabbinic Director of Makor, David created and led a cutting-edge venue for New Yorkers in their 20s and 30s, providing innovative arts, cultural and educational programming aimed at engaging an under-involved population in possibilities of Jewish life and meaning.

Rabbi Gedzelman was the lead professional at the Foundation working on the conceptualization, design, and implementation of Hebrew language public charter schools, which the Foundation has played a founding role in supporting since 2007. Rabbi Gedzelman’s passion for the Hebrew language and his deep commitment to inter-group understanding as well as supporting integrated and diverse public schools suited him well for this project which now encompasses a network of twelve schools nationwide overseen by Hebrew Public: Charter Schools for Global Citizens, a grantee of the Foundation. David has been a champion of Hebrew fluency and literacy in North America and is a founding member of the World Zionist Organization’s Council on Hebrew Language and Culture in North America.

Rabbi Gedzelman holds a B.A. from Hamilton College, an M.A. from Duke University in Comparative Religion, and Rabbinical Ordination from the Reconstructionist Rabbinical College. He has studied in Israel at the Hebrew University and at the Pardes Institute. Rabbi Gedzelman lives in Harlem, New York City, with his wife Judith Turner and their three children, Nomi, Anina and Ziv.

Eli Schaap’s focus is on transforming Jewish education through consensus decision-making, action research, and other elements of change organizing. Previously, he worked as a consultant to several national Jewish organizations and also served as the Associate Executive Director of CAJE. Prior to that, he worked for twenty years in the business community. As a volunteer, he founded and served as president of the Partnership Fund for Teaneck, a non-profit devoted to improving Teaneck intergroup relations. Eli received his training in a Ph.D. program in Ecology and Evolution at SUNY at Stony Brook. He has conducted action research and published several articles on the culture of employment, recruitment and retention of Jewish educators, on early childhood Jewish education, and on institutional finances. He has frequently presented his research at the Conference of the Network for Research in Jewish Education. He has also been deeply involved in the development and operation of Hebrew language charter schools and currently serves on the board of Hatikvah International Academy Charter School in East Brunswick, NJ.

Daniel Nieciecki has been happy to serve in various capacities the Foundation since 2006. Previously, he had worked as a Records and Archives Analyst and Administrative Assistant at the Girl Scouts of the USA. Originally from Syracuse, New York, Daniel has a B.A. in History from Le Moyne College and an M.A. from the Draper Program for Interdisciplinary Humanities at New York University.